After our recent blog about the top 5 ‘Songs for Translators’, we thought we’d follow up with a similar article on films. Please see below for our top 5 films about translation or interpreting by Project Manager and film buff Jim Hearn (there aren’t many that we could think of)! 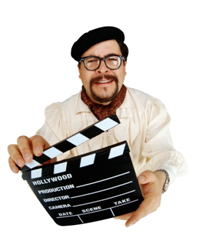 5. ‘Spanglish’ (2004)  – I must admit I have not seen this film, so cannot comment on its quality – however, seeing as Adam Sandler  stars in it, I’d say it’s probably worth missing. Directed by James L Brooks, ‘Spanglish’ throws together an English-speaking American family with their Mexican nanny and her daughter. Initially unable to communicate effectively with one another (if only they’d had an Atlas telephone interpreting account!), a neighbour and then nanny Flor’s daughter is brought in to interpret. This comedy-drama shows how language and culture are intertwined, and touches on the difficulties and rewards of cross-cultural communication.

4. ‘Lost in Translation’ (2003) – I’ll admit that despite the title, this film has less to do with language, and more to do with moody close-ups of Scarlett Johansson and Bill Murray in a grey Tokyo. However, what it does do is highlight the issues which cultural differences can raise, and perhaps illuminates how having an interpreter or some cultural training would assist people in such a situation. The image of James Bond provides an example of how people from different cultures and backgrounds can view the same thing in completely different ways, with Roger Moore symbolising James Bond for the Japanese photographer, compared to Bill Murray’s picture of Sean Connery.

3. ‘Inglorious Basterds’ (1994) – Although not strictly about translation, the number of languages spoken fluently by villain Col. Hans Landa (played by Austrian Christoph Waltz) would be impressive to any linguist. In fact, only 30% of the film is in English – a rare feat for a Hollywood film. We begin with a tense exchange in French, before switching to English. Landa then features in several scenes speaking German before the unforgettable scene in Italian he shares with Brad Pitt’s character, Lt. Aldo Raine – “BON-JOR-NO”.  Interestingly, Leonardo Di Caprio was originally lined up for the part of Col. Landa, but director Quentin Tarantino decided that the part needed to be played by a German speaker. The decision paid off with Christoph Waltz stealing the spotlight with his portrayal of Col. Landa, for which he was deservedly awarded the Oscar for Best Performance by an Actor in a Supporting Role. The most Oscar-worthy part of his performance for us was how Waltz was able to act so well in four languages!

2. ‘Windtalkers’ (2002) – Another film which focuses on the World War 2 era, but with a very different tone. John Woo’s ‘Windtalkers’ is about the American ‘code talkers’, who used Native American languages to relay tactical messages during both world wars. Although more of an action film, the movie does offer a rare but interesting insight into the roles played by these ‘code talkers’ during wartime. In reality, Adolf Hitler was aware of the successful use of Native American languages during the First World War, and sent a team of anthropologists to study the languages before war broke out with the US. However, it proved too difficult for them to learn the many languages and dialects that existed, and code terms such as ‘pregnant airplane’ and ‘turtle’ (bomber plane and tank) were never cracked.

1. ‘The Interpreter’ (2005) – Silvia Broome (Nicole Kidman) is an interpreter working at the United Nations in New York City. She is involved in the case of indictment against President Zuwane of the fictional African country of Matobo, who stands accused of atrocities against his own people, and ends up getting involved in an assassination plot.  In this 2005 political thriller we see one of the more extraordinary tales of what can happen if you work as an interpreter – if you’re an interpreter reading this, we hope something like this never happens to you!

Do you know any films topical to translation, interpreting or language? Or is there a particular movie which gets you in the translating mood? We’d love to hear from you!