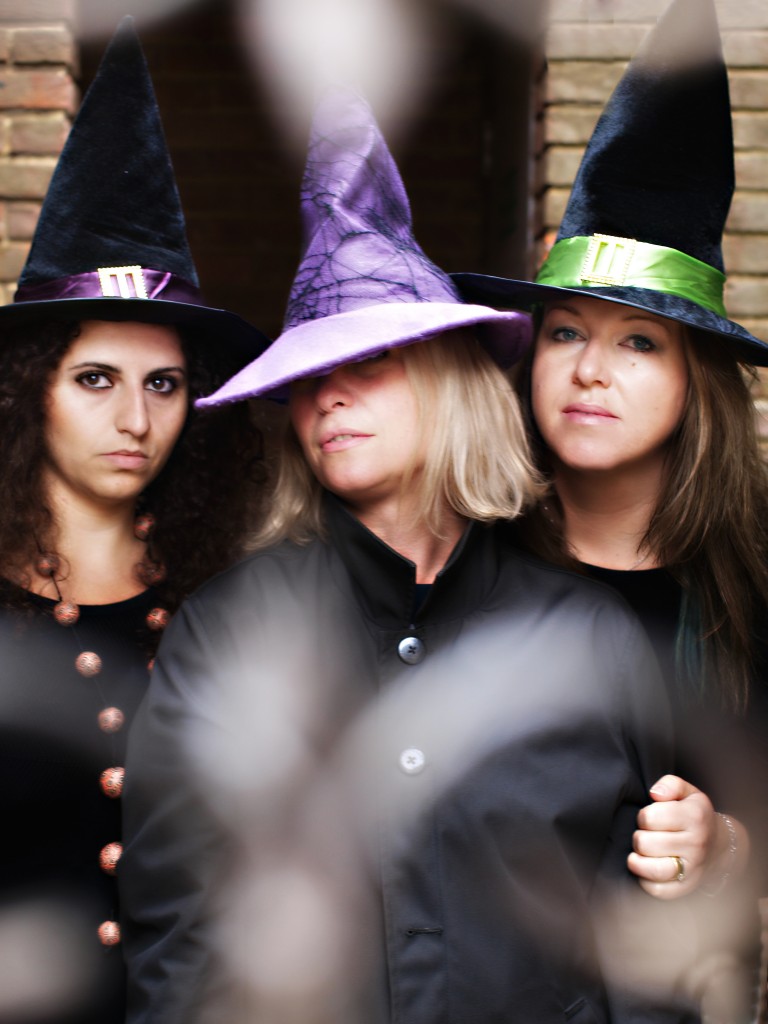 I was born in the month of Halloween. I’m not sure if this says something about me but when I was little, I really wanted to have powers like Samantha in Bewitched and her daughter Tabitha, so every night I would wiggle my nose to switch off the light without having to get up (pure laziness)… It never worked obviously, and I think it gave me early wrinkles on my nose … Today you can clap your hands and switch lights on and off. Why, why, why was I born in the ‘70’s??!!

I didn’t really celebrate Halloween growing up in Rome. We Italians only really started celebrating it in the early 90’s. One year I went to a club dressed as witch. I had long nails that made it a struggle to hold a drink, thick fake eyelashes that I couldn’t see past, and a big black wig with a really tall hat that meant I couldn’t get through some doors. I was a walking hazard and am still not convinced they used to dress like this in medieval times… With a synthetic wig like mine, I could have gone up in flames at any moment!

So on that night, some television people were casting for the Italian version of Blind Date, and believe it or not I was chosen to go on the programme. They couldn’t really see my face under all that witch make up, so don’t know why they chose me. Anyway, I didn’t find the man of my dreams that night, and learnt at an early age that witches stories never end “happily ever after”. The reason for this is pretty simple – think about Samantha from Bewitched. She was pretty, well dressed, found a husband and lived a lovely life. I would suggest any witch still trying to find the man of their dreams to have a complete style make over. Lose the long dark hair in favour of a sassy haircut. And with the green skin and witchy features, a bit of plastic surgery wouldn’t go amiss! And also, enough with eating potions with rats, bats and spiders in them! It can’t be good while you trying to date!