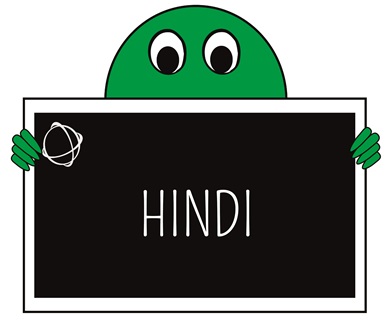 Hindi is one of the official and most commonly spoken languages in India. It is one of the world’s largest languages; with around 350 million native speakers and 120 million people who use it as a second language. This makes it the fourth most widely spoken language in the world. However the number of speakers greatly increases if Hindi and Urdu are considered as one language. The largest number of Hindi speakers are found in the north of the country. It includes dialect forms such as Chhattisgarhi, Awadhi and Bhojpuri. It also has similarities to Urdu, which is spoken in Pakistan. Sometimes Hindi are Urdu are classified as one language called Hindustani. So it’s no wonder that we often received requests for translation into Hindi.

Hindi is believed to have descended from the ancient Indian language of Sanskrit, and first began to differ significantly from Sanskrit in the 7th Century. It also takes influence from Persian, Arabic and Dravidian languages amongst others, mainly due to invasions throughout history by people speaking those languages. These languages began to coalesce with the local Khari Boli dialect to form standard Hindi. Hindi is written in the Devanagari script, which is one of the major reasons many people consider it to be a separate language to Urdu, which is written in a Perso-Arabic alphabet.

The language contains 33 consonants, 11 vowels and is written from left to right across a page. Hindi has failed to attain universally acceptance in India, with resentment towards it shown most regularly in the south. People in southern Indian states such as Kerala and Tamil Nadu are more likely to speak the regional languages of Malayalam and Tamil or English, and may have little or no knowledge of Hindi. There are also numerous regional differences in Hindi throughout the states where it is spoken, although the Indian government has worked towards increasing the usage of standard Hindi. The main states where Hindi is the first language include Uttar Pradesh, Bihar and the capital city Delhi.

Due to the invasion and subsequent rule of India by Britain in the early 1600s until 1947, there are many Hindi words which have made their way into English, and vice versa.  Hindi or Sanskrit words which are now used commonly in the English language include bungalow, jungle, karma, mogul, nirvana, pyjamas, shampoo and yoga amongst many others. In India, English is commonly spoken by the urban upper and middle classes. As a consequence, a new form of Hindi has evolved. This hybrid language, known as Hinglish, includes simplified or grammatically incorrect usage of English phrases. It also involves the assimilation of English words into Hindi phrases.

It is thought that 125 million Indians can speak English (around 10% of the population), making it the second largest country in terms of number of English speakers, following the USA. Many people of Indian descent in the United Kingdom speak Hindi, although languages such as Punjabi, Gujurati and Malayalam are more common in British Indian communities. Hindi is also found globally in Indian communities in countries such as Fiji, America, South Africa and Mauritius. While Hindi is not spoken by the entirety of India, it is certainly a very widely-spoken and useful language to understand.