Are you confused about the “different types” of Chinese? Mandarin, Cantonese, Taiwanese, simplified Chinese or traditional Chinese? Too complicated?  Let’s simplify things…

These two terms refer only to written forms of Chinese.

We could say simplified Chinese is an updated version of the traditional form. The latter was created and developed in 1912 by the government at that time. It was implemented as the official character system for writing in China. However, 37 years later when the government was replaced, a new party came to power. They thought that the traditional written form of Chinese was too complicated because of the many strokes it involved. Therefore they created a simpler version of Chinese with fewer strokes. It is called simplified Chinese because it is easier for people to learn and write. 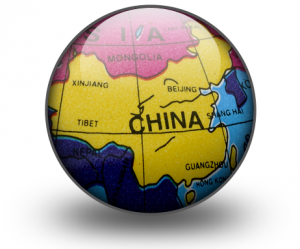 Mandarin is now the official language of mainland China, with simplified Chinese being the written form.

Based on the traditional form of Chinese, Taiwanese is the spoken and written language used in the Taiwan province of China.

Why are they different?

1         The large population of Guangdong province has formed a very unique culture which is different to most other provinces in China. The population had been using traditional Chinese for a very long time, and thus found it extremely hard to give up their well-established language and characters.

2         The ancestors of many from Hong Kong are traditionally from Guangdong province, which is why they speak Cantonese here. As Hong Kong is now a Special Administrative Region of China, the government of Hong Kong has the right to use their own language according to the law. Cantonese is therefore one of their official languages.

3         When the old Chinese government was replaced in 1949, their leader escaped to Taiwan and continued to govern this area of China. This is why traditional Chinese is still used today. Taiwan wants to be independent as a country and therefore refuses to use Mandarin.

Note:  Cantonese is the most common language in Guangdong province and the official language of Hong Kong. Taiwan also has its own language called Taiwanese.

BUT: The learning of Mandarin is compulsory for children. That is why many people from Guangdong, Hong Kong and Taiwan can understand and write Mandarin.  The only difference is that in Guangdong province, children are taught to write simplified Chinese, whereas in Hong Kong and Taiwan, they are taught with the traditional version. We could therefore say that simplified Chinese only truly exists in mainland China.