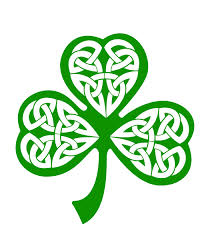 St Patrick’s Day may have been and gone for another year, but the impact of the Irish language on English endures.

Take a look at this list of 10 words that Livemocha have put together, to see some examples of how the English language has borrowed from Irish.

Bog – an area of wet, spongy ground; a marsh

Example: It’s best to go around the bog. If you try to walk through it, you’ll likely get stuck.

Boycott – to refuse to buy, use, or participate in something as a form of protest

Example: I have been boycotting that store for years because the owners treat their workers poorly.

Galore – a great quantity; in abundance

Example: There were all types of desserts at the party: cake, pies, and ice cream galore.

Gob – a lump of something

Example: The baby has gobs of mashed peas in his hair and all over his face.

Example: Some hooligans were throwing eggs at houses in the neighborhood last night.

Example: Andrew made up a phony story about a traffic jam when his parents asked why he was late.

Example: Smartphones have a slew of features that are not available on basic phones.

Slogan – a memorable phrase used to market products or services

Example: Nike’s slogan is “Just Do It.”

Example: The bomb exploded, blowing the car to smithereens.

Example: An Irish coffee is a drink made with coffee, sugar, cream, and whiskey.

If you can think of any other examples of words which derive from another language, we’d love to hear them!