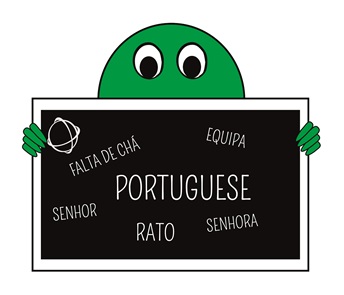 At Atlas, we often receive requests for translation into Portuguese. So we thought we’d take a closer look at this global language. Portuguese is one of the romance languages that, like French, Spanish, Italian and Romanian, has Latin as its major component. But if we were to make a family tree of Portuguese, Vulgar Latin and Celtic would be its grand-fathers, and Galician-Portuguese the father.

Galician-Portuguese originated in the north-western region of the Iberian Peninsula, north of the Douro River, and evolved into two separate, albeit quite similar, languages: Portuguese and Galician. The latter grew to be more influenced by Castilian (Spanish) and is one of the (several) official languages of Spain. Portuguese, on the other hand, developed as an independent language since 1128, when the County of Portugal was separated from the Kingdom of Galicia.

Portuguese has been the official language of Portugal since 1290. Throughout the years, it has been influenced by many different languages. I’ve already mentioned Celtic, but what I didn’t mention is that, to this day, the Celtic influence is still very noticeable in the Portuguese language, which counts with more than 1000 words, place-names and derivations from Celtic.

Arabic also played quite a big part in the growth of the Portuguese vocabulary. It is estimated that around 900 Portuguese words were borrowed from Arabic from the early 8th century and until the 13th century, when the Portuguese expelled the Moors from Algarve (nowadays, they can’t seem to expel the tourists, though).

Portuguese has borrowed words from languages from all over the world, thanks to their maritime explorations. Other languages like French, German or English have also played a part, especially in the more recent decades. But only in 2009 did the Portuguese alphabet include the letters k, w and y. Let’s just say they were fashionably late to that party.

On the other hand, Portuguese has influenced a few languages as well, and has spread across the whole world, the most obvious of places being Brazil. And I say most obvious because it’s mainly thanks to Brazil that Portuguese is the 5th in terms of most native speakers. Brazilian Portuguese differs from European Portuguese mostly in the pronunciation. In Brazil, it is spoken in a more “sing-songy” way, to go with the Samba, of course.

The writing has been unified by the Portuguese Language Orthographic Agreement of 1990, signed by all the countries where Portuguese is an official language. (Portugal, Angola, Brazil, Cape Verde, Guinea-Bissau, Mozambique, São Tomé and Príncipe, and, more recently, Timor-Leste and Equatorial Guinea).

Apart from pronunciation, there are some differences in grammar and vocabulary. For example, if you ask for a bala in Brazil you’ll get a candy. By asking the same in Portugal, you’d probably get arrested or killed, since there bala means bullet. Also, because of its closeness to the Unites States, Brazilian Portuguese tends to adopt foreign words with minimal changes. While its European counterpart introduces greater changes. For example, in Brazil a team of any kind is ‘time’ while in Portugal it would be an ‘equipa’. The computer mouse is ‘mouse’ in Brazil, but in Portugal it is ‘rato’, the literal translation for mouse. Nevertheless, it’s easy for them to understand each other. Most of the time.

More difficult to understand are the accents from the Azores and Madeira. Even though the two archipelagos are part of Portugal, sometimes it seems they speak as much Portuguese as Hodor (from GoT) speaks… well, anything apart from Hodor.

Portuguese is also the base for some creole languages spoken in Africa, the Americas, and even in Asia. Portuguese is still spoken in the former Portuguese Indian cities of Goa, Diu and Daman, as well as in Macau, which was a Portuguese territory until 1999. As matter of fact, they were the first Europeans to trade tea from China.

And since we’re talking about tea, when one doesn’t abide by education rules, the Portuguese say the person has falta de chá, “lack of tea” – a problem they’d certainly not find in England. Portuguese people are very formal in the way they address each other. A person’s title or degree should always be mentioned if you don’t know the person that well. Everyone is a Senhora or Dona (Mrs.), or a Senhor (Mr.). First names are reserved to close friends and family. And please don’t try to get anyone to help you with medical issues just because you heard them being called Dr. In Portuguese, a Dr is anyone with a university degree. So unless you’re choking and in need of a Heimlich manoeuvre, you better get someone else to check that rash for you…